Immigration in America has been a hot-button issue for decades, but under President Donald Trump’s administration, the issue has reached a fever pitch. While most proponents of stricter immigration policies believe restrictions will save American jobs, a recent survey by FundRocket found that immigrants who become naturalized citizens are major drivers of the country’s small business community.

According to the study, which drew on data from the U.S. Census Bureau’s American Community Survey, naturalized citizens are not only twice as likely to start incorporated businesses as U.S.-born citizens, the industries and cities that they operate in are thriving.

“Naturalized citizens founded many of the nation’s most powerful businesses: Google, Yahoo, and eBay owe their existence to entrepreneurs born abroad,” researchers wrote in their study. “Still, more titans of industry hail from families from other countries: Steve Jobs’ and Jeff Bezos’ fathers came from Syria and Cuba, respectively.”

Nearly half of Forbes’ Fortune 100 companies last year were founded by immigrants. Furthermore, researchers estimated that more than 1 in 10 American businesses are owned and operated by newcomers to the country.

There are more than 30 million small businesses in the U.S., which account for nearly 60 million jobs, or around 48% of the American workforce. With those numbers in mind, the 12.5% of incorporated businesses owned by naturalized citizens accounts for roughly 7.5 million jobs.

Researchers also found that naturalized citizens were twice as likely to work for their own businesses than native-born residents. According to the data, 3.8% of naturalized citizens worked for themselves, compared with 1.9% of American-born residents. The trend continued in unincorporated business, as 5.3% of immigrants worked for themselves in that area compared with 3.4% of native-born Americans.

While those unemployment numbers differ from those in the Department of Labor’s Bureau of Labor Statistics, which shows native and non-native workers experiencing a much smaller gap in their respective unemployment rates, researchers said they think the discrepancy relates to the “rates of attrition” from the workforce.

“In some cases, naturalized citizens who came to America later in life are not eligible for benefits such as Social Security, meaning they can’t comfortably retire like their native-born peers,” they wrote.

Through its research, FundRocket identified the industries that benefited the most from immigrant participation. What researchers found was that construction (10%), food services (7.4%) and real estate (5.2%) had the largest percentages of naturalized business owners.

From 2000 to 2017, some industries experienced exponential growth thanks to the influx of naturalized citizen ownership. During that span, child day care grew more than 17 times larger, despite an ongoing shortage of child care programs in the U.S. Other sectors that grew substantially during that time were crop production (by 15.5 times) and individual and family services (by 6.9 times).

Researchers also found that certain ancestries had larger percentages of small business owners. Asian Indians made up the largest group, owning 8.7% of small businesses owned by naturalized citizens, while Mexicans (6.9%) and Chinese (6.4%) rounded out the top of the list.

“Sanctuary cities” have cropped up in recent years to stymie U.S. Immigration and Customs Enforcement agents’ detention of undocumented immigrants. As a result, large populations of naturalized citizens also dwell in those locations.

Researchers found that many sanctuary cities are metropolitan areas with large percentages of businesses owned by naturalized citizens. The biggest concentration, according to the study, was in El Centro, California, with 50.4% of the incorporated businesses there owned by immigrants. Mexican Americans made up the majority there. 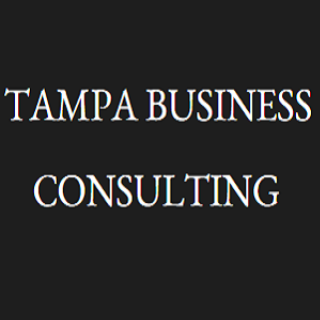